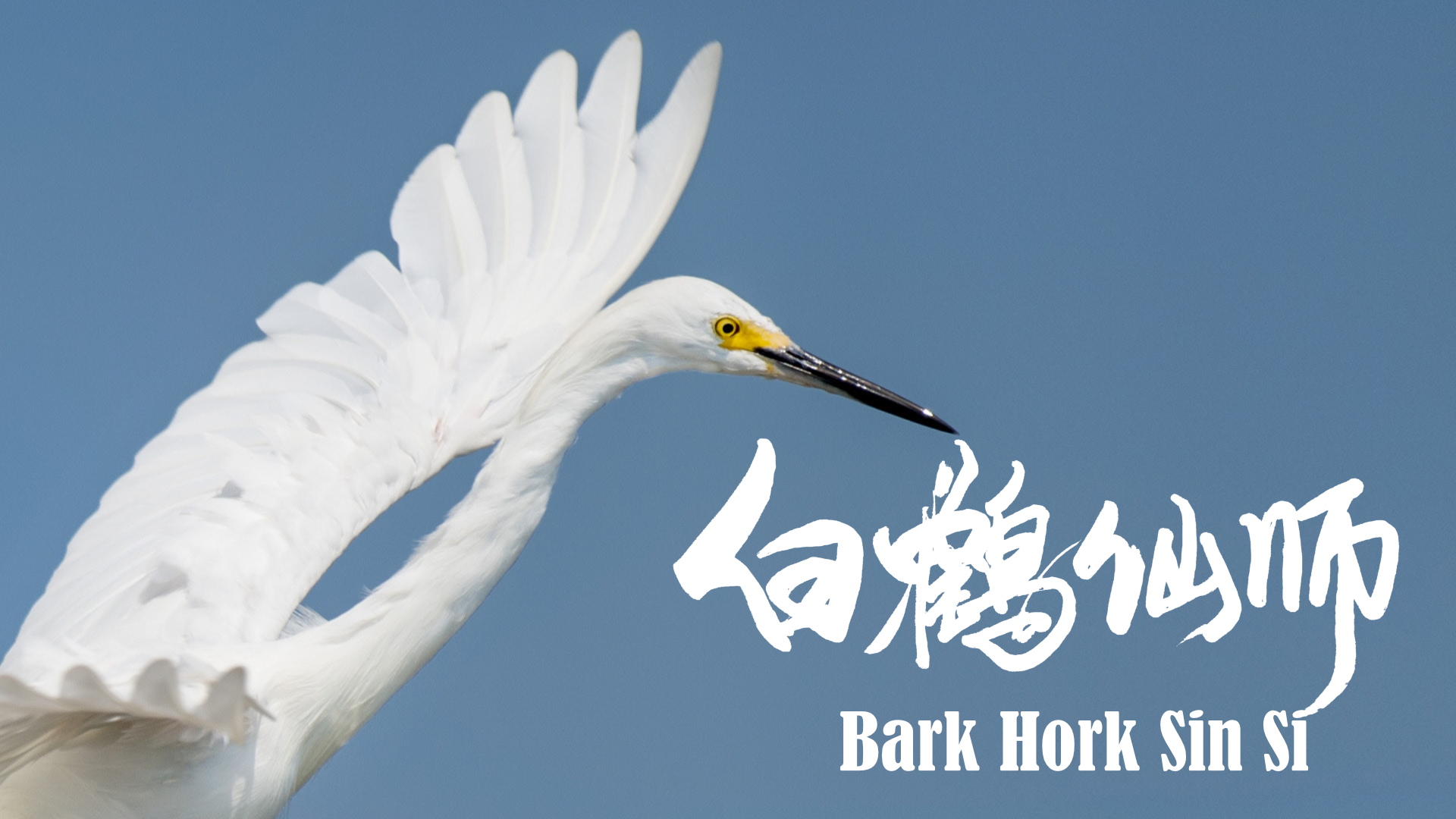 Baak Hork Sin Si, the White Crane Deity 白鶴仙師 anniversary falls on the lunar December 9th. He is the Deity that is responsible for bringing things from post-heaven world back to the pre-heaven. It’s just like the dragon metaphor, but the opposite. In Taoism, dragon is used to represent the route from the sky down to the ground, like how lightning and rain work, they bring resources from the Tao to the human world. The white crane is the opposite, it brings things from here back up to the sky. This Deity is like a messenger, it helps us deliver the message to the Gods, and it is a symbolism of TE, giving back to where things come from. Offerings, sacrifices, or even letters and forms, all need this Deity’s power to be brought back to the Tao. At the same time, if anyone needs to go to Dai Law Tin after they are dead, or if anyone needs help with helping the dead souls move on, this is also the specialist for the job. Saam Law Tai Yuet Gau Foo Tin Juen 三羅太乙救苦天尊 is also closely related to this Deity too.

We all know that when we need help, we call the Tao for help, which is naturally done. But what about after we received the help, how do we give feedback? Help given sometimes can be good, but other times it can be not so good too. For example, if someone helped you cook a meal, or order you some food, you might like it, or you might not really like some of it. Where do you go to tell this helper side that you don’t like this and that part of the help, and how can you send in your feedback? The Tao is great, the Gods and Deities are powerful, but they still don’t know you completely yet. You just started to cultivate the Tao and they just started to get to know you as you do your cultivation and magic work. Therefore, every time after you have used the magic and received the help, it is a great idea to give feedback and let the Gods and Deities know about your preference(s) so they can fine tune the next help-package for you. To do so, you will need to relay your message to the Baak Hork Sin Si.

Sometimes we have some things we want to trash because they are too old already, or you might just want to throw them out as a sacrifice to welcome in some new energy that is more useful for you at the moment. Instead of just purely throwing things out, you can ask Baak Hork Sin Si for help to bring the energy inside these things back to the pre-heaven, back to your Yuen Sun. In doing so, the energy of these things can detach from the physical form first, which actually speeds up the whole process of this cycle. You can really throw things out for good luck now.

When we are driving and suddenly see a road kill, or when we even kill an animal ourselves, like running over a squirrel or something, ouch, it feels bad doesn’t it? Well, don’t just feel bad, do something for real, and help them transition and cycle to their next life cycle. Don’t let them hang in the middle of nowhere to wait for things to happen. Instead, you should put your hands together, stomp the heart spells, and then draw the Baak Hork Sin Si fu head to invoke the Deity. Then, recite its spell to radiate the power to the dead animal to help that soul be released and transition over to the next life cycle. As you chant and recite the spell, the soul of the dead will be eased up, released, and sent on its way to the transition route. Same goes to any small bugs or animals that you might find dead around your house – do the same for them and cycle their soul to the next life, then their soul’s dead energy won’t be stuck at your location, causing impacts every day in the negative way.

Crane is always used in the Taoism symbols, especially on the robe designs. As we have said, dragon comes down, crane flies up. To the post-heaven world, when we use crane robes, we are bringing the resources from the ground (altar) out to the human world as a form of blessings. The Baak Hork Sin Si is also a fortune and luck-provider, who always sprinkles the magical dust on top of things to help them learn, grow, and so forth. When someone is celebrating their birthday, you could be drawing the Baak Hork Sin Si FU HEAD on the cake and gifts as a blessing of good luck and fortune too.

Another power that the Baak Hork Sin Si has is healing and curing sickness. Removing things from post-heaven also includes removing the sick energy, the disease, or even the virus from the body and pushing it back to nature too. When one is sick, the Baak Hork Sin Si power can be applied to the medicine or even just pure congee or water to help the person heal faster. When doing chi kung for healing, this Deity’s power can be invoked to be injected into the sick person for healing and curing effect. Fighting against the coronavirus these days, it is a good idea to use the Baak Hork Sin Si fu head on a bunch of incense and smoke the house with the incense smoke to kill of the unwanted energy; this is considered the fire purifying magic!

When one is stuck with YEEP, such as suppression from the heart, the mouth, or the body, they can also go the altar and pray to Baak Hork Sin Si for help. Let the Deity consume and take your YEEP, your suppressed energy, and you will be freed up from these mental burdens.

One of the best practices a Saam Law Taoist can do, is to connect and channel in the Baak Hork Sin Si every evening, and give feedback of your day to let the Gods know about how your day went, whatever you want to say to the Gods etc. By doing so, it is already a form of TE, and you are constantly telling the Gods and Deities about yourself, making them know you better, and now they can provide you even better help the next day!