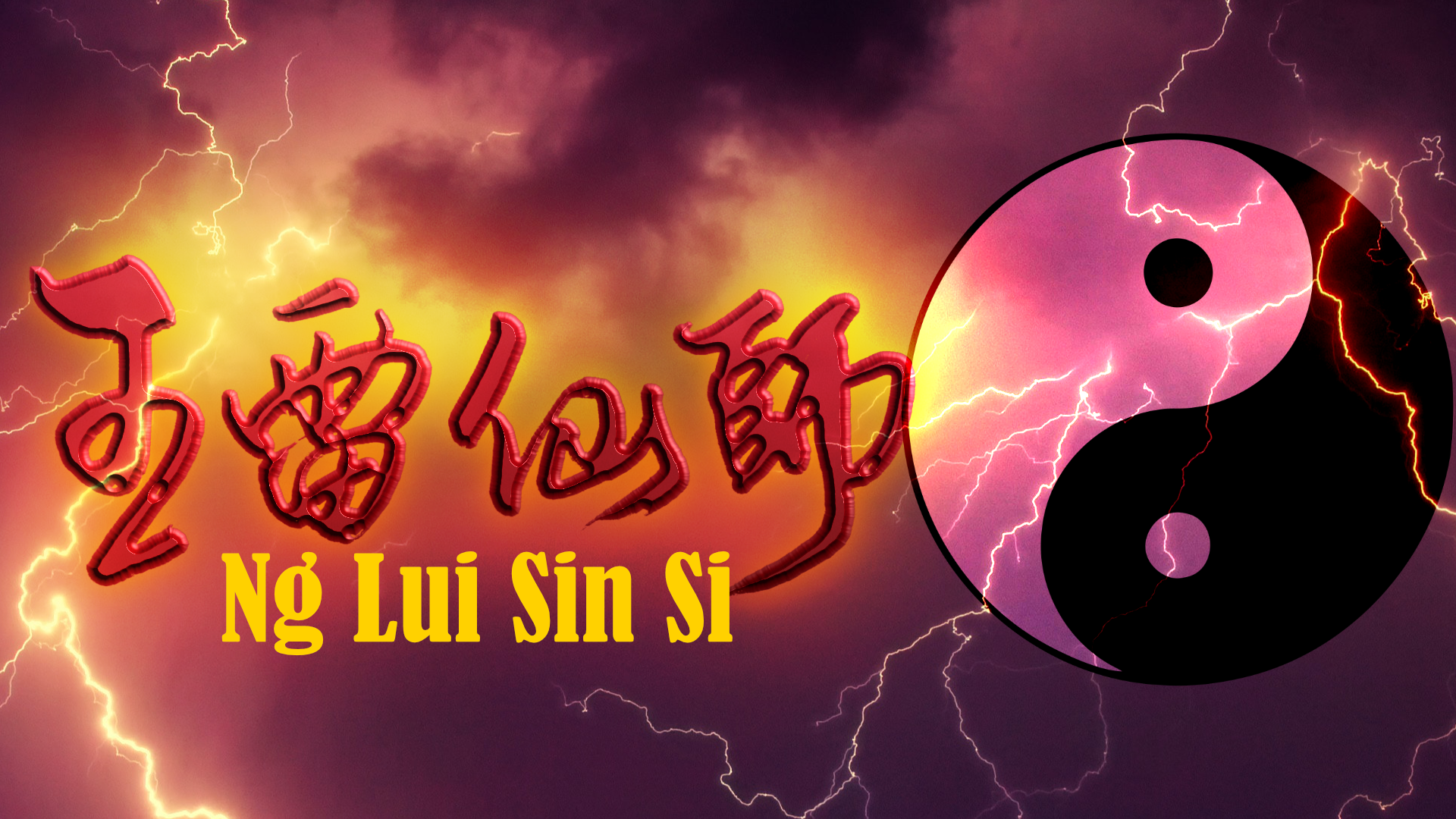 Ng Lui Sin Si is the Five Thunder Deity, and just by the name, you can already tell it is an almighty powerful deity. Nothing can challenge the Five Thunder, and nothing can withstand this highest power from the celestial court. The Five Thunder power is the main power of works from the celestial, and it controls the power of creation and progression, and has the ability to overpower any obstructive forces that blocks its way. In other words, nothing can say “no” or “nay” in front of this deity. Whatever blocks its way, it will be crush to dust. At the same time, this five thunders’ power holds the celestial power of the five elements essences which can control time and creation. Whenever we are doing anything, we can also utilize this power to help us do better, change things to incline our way, and make life better and easier. This deity is like a powerful demolisher, as well as a problem solver; it can also demolish problems for us, and also help us study, learn, and “break down” knowledge so we can absorb better. It is like the stomach in our body, which has strong acids and enzymes that can help us dissolve and digest anything. Be it a rock or a chicken bone, as long as something stubborn is there, five thunder will be the medicine you need.

Stuck, is the best word – we always become stuck in a situation and stop progressing forward. Just like you are stuck in a lift, stuck in traffic, stuck in a lawsuit or even a bad relationship etc. It doesn’t matter how fast you move, how much you push, you just cannot get out of the situation. And it’s not because you have not tried hard enough or because you are not doing anything, sometimes it’s just because you lack the key to unlock and unclog the situation. Just like a toilet that is stuck, the more your flush, the more you are f*cked. The problem-solving key element is needed, intelligence is needed, and the right tool is needed for the right job. Five thunder power is your medicine. Stop trying so hard, stop your frustration, and stop speeding up. You need a special tool, a special method, and then the way will be cleared instantly, and things can flow again. Imagine a scene where two people are trying to go through a locked door, and one is banging and crashing the door while pulling it hard, and it still doesn’t open. The other one has an idea, he takes a step backward, and sees another entrance, so he walks there, and that door isn’t even locked. Who would’ve thought right? Sometimes you just need a different path or mindset, to solve problems. As you can see, the importance of the five thunder power, is that it’s not just a form of brute force, but also a form of intelligence and wisdom as well.

Thunder, is the word 雷, which consists of rain from the sky, and down into the ground to create a farm. This is actually a metaphor and a code word in Taoist magic. What it means, is when the power from the Tao goes down into things. Five Thunders, are the five ways the Tao’s power can be applied to things, which refers to the five elements or five phases.

Gold thunder – It empowers the way you feel, and makes you aware of things, and even helps you strengthen your heart, your confidence, and your power to create and make changes. When you are stuck, this power helps you keep going, not give up, and feel the right direction or approach to take.

Water thunder – It empowers the how you put down your time, how you invest your resources, and how you put down your wealth and energy into what is needed. Sometimes we just overspend and buy many useless things, and they don’t solve the problem. Picking the right thing to invest on, which brings fruits, is the key to solving problems. Your business is not doing great now, what should you spend your resources and time on that is needed to bring in the fruit? Which project should you work on first? Not every route can be fruitful!

Wood thunder – It empowers the how you pick up your ideas and turn ideas into energy, making you motivated, energized, and hyped to do things. Without the wood energy, you might know what to do, but just refuse to move or take action. The power to plan, organize, and make your way clear and easy looking is the key to actually take action.

Fire thunder- It empowers the actual physical execution of things, meaning when you actually move to DO IT. Doing things wrongly can be a spoiler too. Imagine you had all the greatest plans and ideas for a job interview, but you performed poorly and forgot things, then everything will turn the bad way. Sometimes you also need this power to STOP some actions from happening too, just like someone is about to sue you, or they decided to not sue you yet. It is often just the decision of the click of a moment.

Earth thunder – It empowers the final process of things, which is the ending result and collecting of fruits for what you have done. Many people work hard, but not many can stay to collect their fruits. Some people buy food, and forgot to take the food away too. Are you forgetful and always forgetting to recharge your phone, or just don’t know where you put your keys, or your things are often stolen by people? Earth energy secures and protects your property and yourself, so that you can be secured in life.

The five thunder can help, and it can also harm, as every step above can also be done the negative way on your enemy to turn their days around to bad side too. The power of the Five Thunder Sin Si is just so powerful. Whenever you are facing any evil magic, sorcery, or whatever spiritual encounter, make sure you use this power to fight back and demolish those evil powers in your way. When we are living our normal life, use the five thunder powers to make live better, heal sickness, and even secure our success.